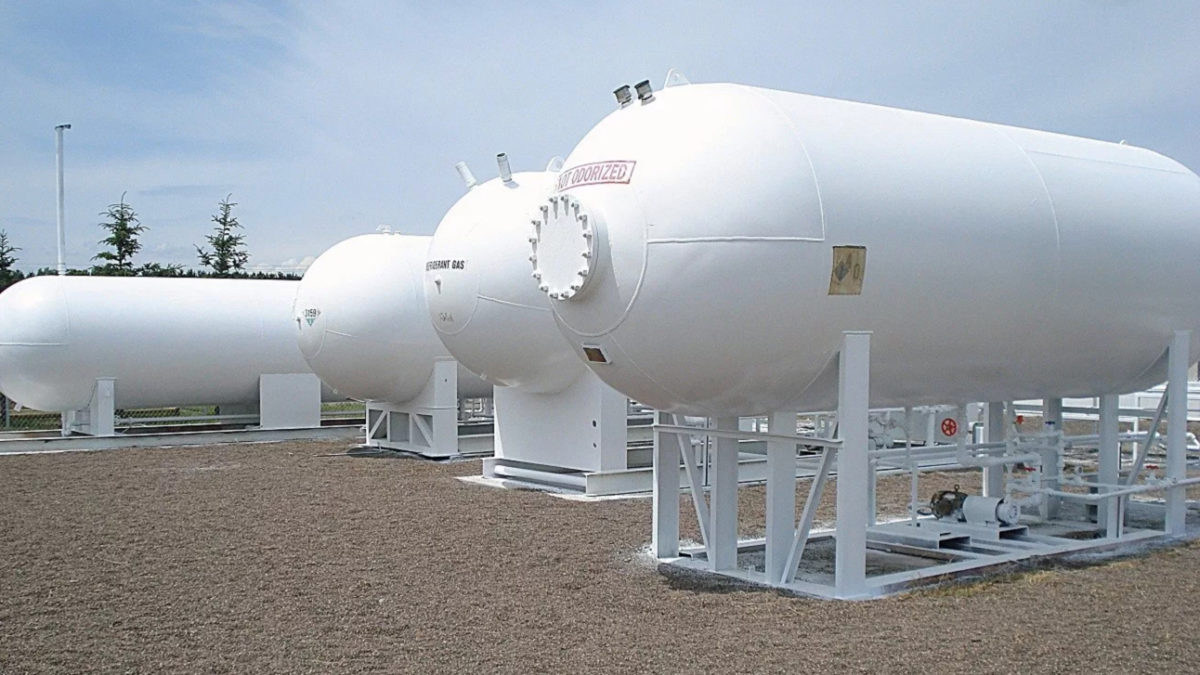 The case of Muskoka Fuels v. Hassan Steel Fabricators Limited raises some interesting questions regarding the application of the Sale of Goods Act to claims involving manufacturing defects. In particular, Muskoka Fuels, which involved the environmental contamination of land due to the failure of a diesel fuel tank, raises questions regarding the extent to which the cause of a defect must be proven in order for liability under the Sale of Goods Act to be established.

The plaintiff corporation in Muskoka Fuels carried on business as a lessor of fuel storage tanks to customers in various industries such as construction, forestry, farming and home heating. The plaintiff purchased its fuel storage tanks directly from various manufacturers including the defendant in the case: Hassan Steel Fabricators Limited. The specific tank involved in the Muskoka Fuels case was a 2000-litre “skid tank” that the plaintiff purchased from Hassan Steel in November 1999. As would be expected, the tank was certified by Underwriters Laboratories of Canada (ULC) which was confirmation that the skid tank with the national standard for such tanks and that it had been approved as an above ground tank for flammable liquids such as the diesel fuel it was intended to store.

After purchasing the tank from Hassan Steel, the plaintiff stored the tank on its property for almost two years. On September 13, 2001, the tank was installed at a customer’s logging business where it was used to store diesel fuel. On January 24, 2002, after the tank had been in service for less than 4 months, the customer discovered a small hole in the bottom of the tank from which fuel was leaking into a bog on the customer’s property. After paying for environmental remediation Muskoka Fuels sought to recover its damages from Hassan Steel, as manufacturer of the tank. Muskoka Fuels alleged both negligence and breach of the implied warranties under s.15 of the Sale of Goods Act.1

At trial, Justice Healey came to the following conclusions based on the evidence: the tank was only ever used as intended, namely to contain diesel fuel; the tank had never been used prior to installation; the tank was properly installed; the tank was not damaged during or after installation; and the tank did not fail due to a problem with the weld or improper maintenance. Further, the judge found—and both sides agreed—that the life expectancy of the tank was at least ten years.2

Both sides also agreed that the hole in the tank was caused by internal corrosion, specifically, microbial influenced corrosion (MIC). MIC is a type of bacterial decay in metallic materials and though little is known about how or why it occurs, MIC is at the root of a significant number of tank failures.3

At trial, evidence was provided that a potential method of preventing MIC from developing in fuel storage tanks was to coat the bottom of such tanks with an anti-corrosion interior coating. However, the plaintiff Muskoka Fuels argued that the actual defect in the tank was not the lack of a protective coating but the hole itself. The Court disagreed based on the fact that the hole did not exist at the time of purchase and therefore could not have been a defect in manufacturing. The Court found that the only defect that could be proven by the plaintiff was the lack of a protective interior coating.4

Implied Warranties under the Sale of Goods Act

Having found that there was a defect in the manufacture or design of the subject tank, the Court was then asked to decide whether the implied warranties under s.15 of the Sale of Goods Act applied. Obviously, given the finding of defect, if the warranties applied, Hassan Steel would be in breach due to the defect.

The Court confirmed that to establish breach of an implied warranty as to fitness under s.15(1), the plaintiff had to prove:

Further, to establish a warranty of merchantability, the plaintiff had to prove:

In addition, the Court found that the Hassan Steel had breached the standard of care for the design and manufacture of fuel storage tanks. The Court ruled that the standard of care to which Hassan Steel “…and all like manufacturers must be held is to produce a tank which is capable both of containing fuel and withstanding the vagaries of corrosion for at least ten years.” Given that the subject tank did not last more than four and a half months, the Court found Hassan Steel negligent in manufacturing and designing the subject tank.

The Court accepted the existence of the hole and the failure of the subject tank as evidence of a defect in the tank. However, the question then arose whether the defect was a design or manufacturing defect for which Hassan Steel was liable. On this point, the Court of Appeal latched onto the fact that neither expert in the lower court trial was able to identify what had caused the microbial influenced corrosion that had led to the subject tank’s failure. Using this fact, the Court relied on the reasoning of the Supreme Court of Canada in the case of Schreiber Brothers Ltd. v. Currie Products Ltd., [1980] 2 S.C.R. 78, to conclude that Muskoka Fuels did not need to present a credible theory to account for the subject tank’s failure, but rather simply needed to be able to exclude all probable causes other than latent defect. Once Muskoka Fuels proved that the defect was not attributable to anything it did or failed to do, the Court drew an inference that the defect existed at the time the subject tank had been sold to Muskoka Fuels by Hassan Steel.

Having found that the failure of the subject tank was evidence of a defect, and that the exclusion of any other cause was sufficient to determine that the defect existed at the time of sale, the Court still needed to determine whether the defendant had been negligent in its manufacturing and design of the subject oil tank, and/or whether there had been a breach of the implied warranties under the Sale of Goods Act.

Negligence and the Warranty as to Fitness under s.15(1)

Although the Court did not explicitly overturn the findings of the lower court with respect to negligence and the warranty of fitness provided under s.15(1) of the Sale of Goods Act, the Court does implicitly appears to have rejected any basis for liability in negligence or breach of s.15(1). The reason for this can likely be found in the Court’s finding that the subject tank was capable of storing fuel for ten years without corrosion, and that its design had been approved by ULC. Essentially, it appears that the Court found that ULC approval was sufficient to rebut any allegation of breach of the standard of care with respect to manufacturing or design of the subject tank. Similarly, it appears that ULC approval of the subject tank was sufficient to establish its fitness and thereby rebut any allegation of breach of s.15(1).

Warranty of Merchantability under s.15(2)

As with the lower court, it was accepted as proven at the Court of Appeal that the subject tank was bought by description (i.e., a diesel fuel storage tank was ordered by the plaintiff), and that Hassan Steel dealt in fuel storage tanks. As a result, the first two elements of the test for merchantability were established, and the only question was whether Muskoka Fuels could have detected the cause of the defect upon pre-purchase inspection. In this regard, because the cause of microbial influenced corrosion was unknown, the Court determined that a pre-purchase inspection would not have revealed the defect. As a result, all three elements for a warranty of merchantability were met and Hassan Steel was found to be liable for breach of s.15(2) of the Sale of Goods Act.

Application of the Muskoka Fuels Case

Due to the rather unique fact situation in this case, application of the Court of Appeal’s decision only extends to situations where a product fails without explanation—where there is a discernible defect without a discernible cause. The case essentially reiterates that an unknown cause is not fatal to recovery under section 15.2 of the Sale of Goods Act; there may still be a breach of the implied warranty of merchantability where the root of the defect cannot be identified. Presumably, this is welcome news for the buyer-plaintiff: if the cause of a defect is unknown and if the buyer can successfully show the defect is not attributable to any action or omission on her part, a court will likely infer that the defect existed prior to purchase. However, depending on the circumstances of any given case, it is important to note that disproving responsibility for the defect may be a burdensome exercise for the buyer-plaintiff.

Another noteworthy aspect of the case is the Court of Appeal’s emphasis on the ULC’s certification. The Court of Appeal’s reliance on the ULC’s authorization could have a wider application in future product liability cases. Specifically, in cases where the cause of a product’s defect is unknown, ULC approval may preclude findings of negligence and breach of the warranty of fitness.

For cases involving failures of fuel storage tanks within the first ten years their service life, the most interesting aspect of the Muskoka Fuels case arises from the finding that microbial influenced corrosion can essentially be characterized as an unknown, inexplicable and apparently latent defect. The implication is that, in cases involving tank failures due to microbial influenced corrosion, a finding of a breach of s.15(2) will be automatically established, where it can be shown that the storage tank was installed and used as intended, was not damaged by any external mechanism, and did not fail because of a weld problem or improper maintenance.

Given that MIC is an inexplicable defect, it is arguable that a finding of breach of s.15(2) will be established even where minor installation errors and/or the tank has not been properly maintained. In order to elaborate on this point it would require a much more detailed discussion of fuel storage tank regulation than can be discussed here. However to put it simply, where the causal mechanism by which MIC leads to tank failures is unknown, to what extent is it truly possible to establish that improper maintenance or minor installation errors would be intervening causes. The question is: If MIC is a latent defect, can evidence of improper maintenance or of minor installation errors, be blamed for that latent defect?

15. Subject to this Act and any statute in that behalf, there is no implied warranty or condition as to the quality or fitness for any particular purpose of goods supplied under a contract of sale, except as follows: